Whether an extended weekend, stopover or short city break, three days in Oman can deliver lasting memories and build anticipation for your next visit.

Double decker busses are always fun, especially if they offer a hop-on- and hop-off service that stops at most Muscat landmarks. Stops include the Sultan’s Palace/The National Museum, Shatti Al Qurum close to Qurum Beach and other attractions. 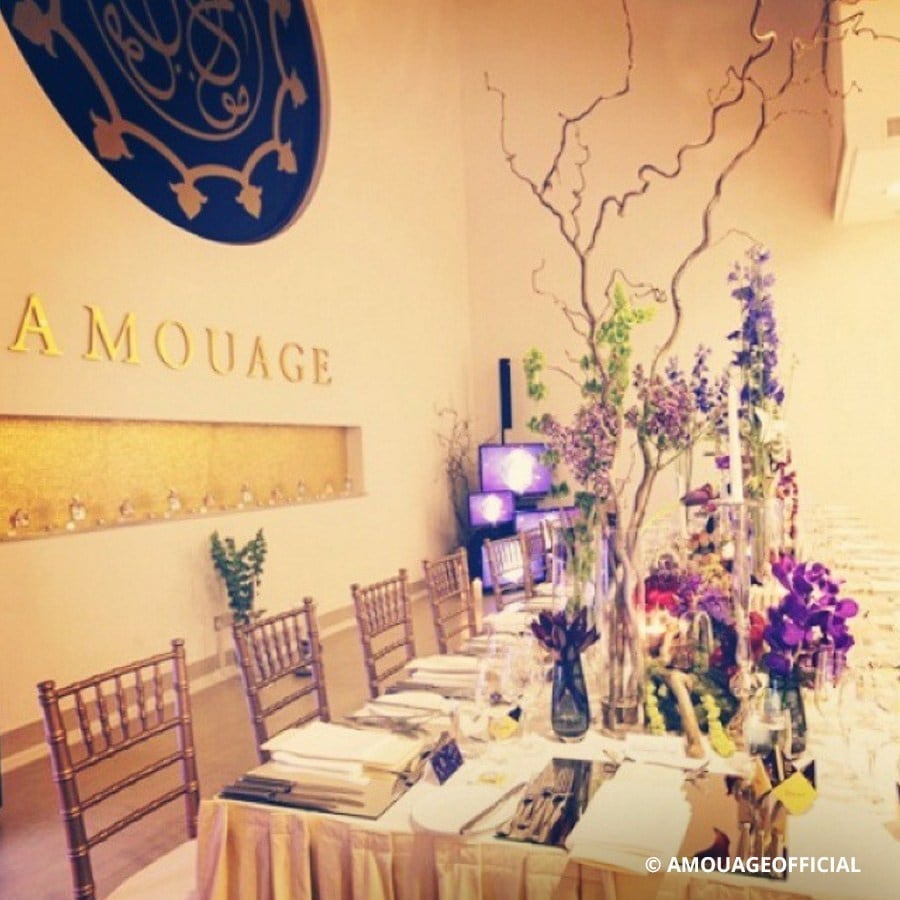 Founded over a quarter of a century ago, Amouage is a world-renowned luxury fragrance brand with origins in the Sultanate. In the Amouage Factory, visitors can get behind the scenes and garner an insight into the creation of some of the world’s most exclusive scents. 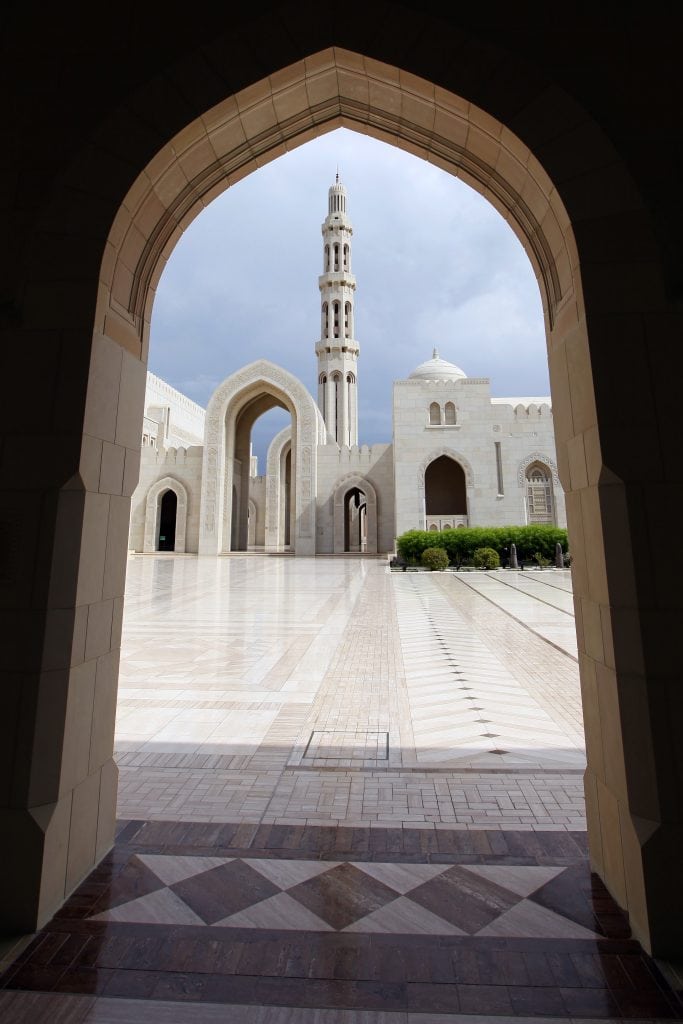 This architectural masterpiece is Oman's pride and joy. Located in Bawshar, the mosque is home to the world’s second largest hand-woven carpet as well as a one of the largest chandeliers in the world which is decorated with hundreds of Swarovski crystals. The mosque is open to the public from Saturday to Thursday between 8am and 11am and a dress code applies.

Quietly imposing from the outside, this glorious piece of modern Islamic architecture was a gift to the nation from Sultan Qaboos to mark his 30th year of reign. The main prayer hall is breathtakingly beautiful. The Persian carpet alone measures 70m by 60m wide, making it the second-largest hand-loomed Iranian carpet in the world; it took 600 women four years to weave. Mwasalat buses stop outside the mosque. The mosque, which can accommodate 20,000 worshippers, including 750 women in a private musalla (prayer hall), is an active place of worship, particularly for Friday prayers. Visitors are required to dress modestly, covering arms and legs and avoiding tight clothing. Women and girls (aged seven and above) must cover their hair. An abaya (full-length dress) and scarf can be hired from the mosque cafe and gift shop for OR2.5; some form of ID is required as a deposit. Tours are available.
Read MoreRead Less 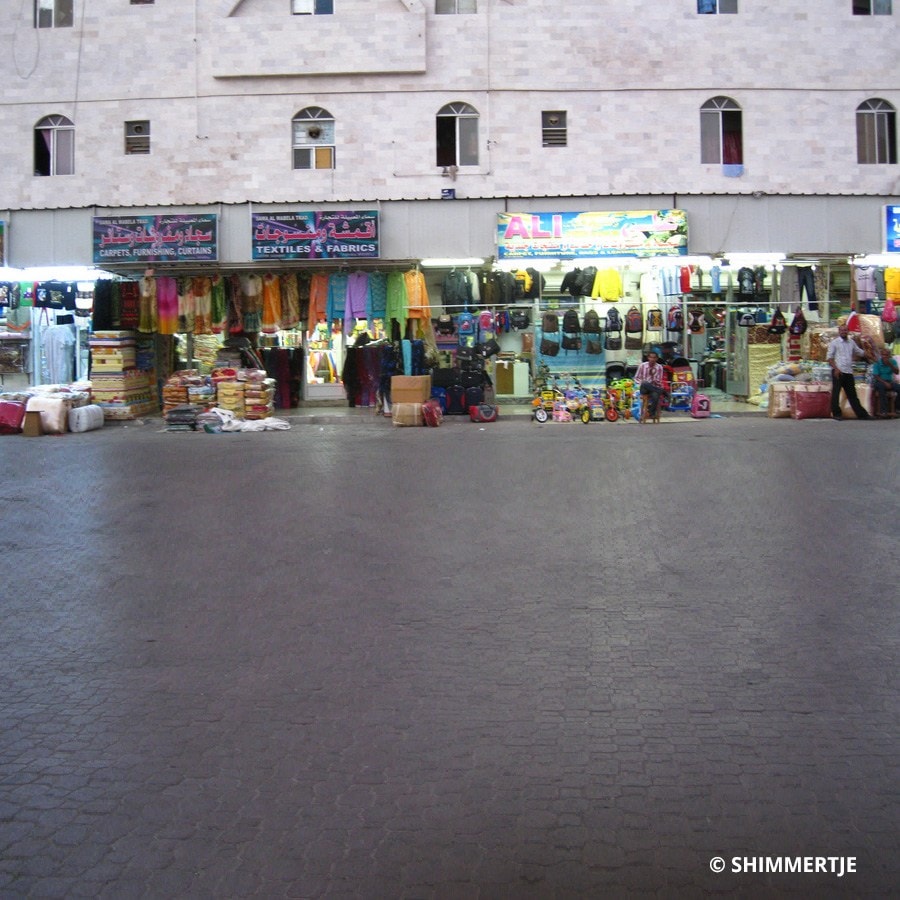 Located along the coastal road in Seeb, this souq is a sprawling market selling anything from stunning traditional jewellery and luxurious perfume oils, to livestock and locally grown fruits. 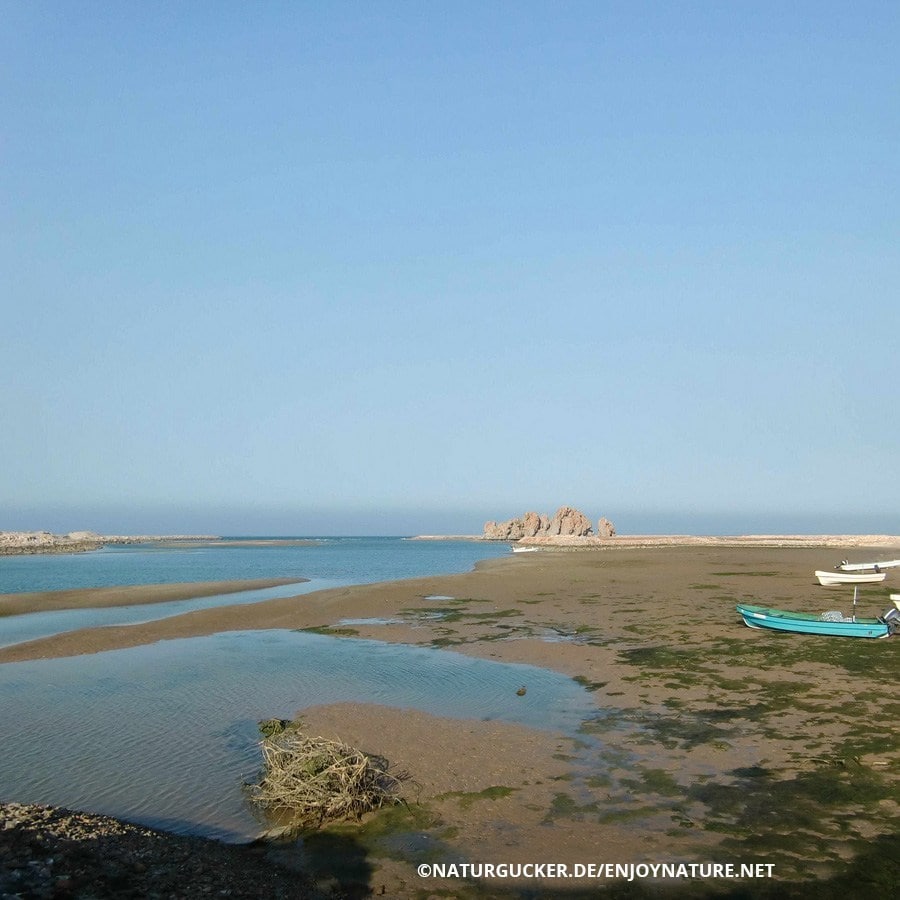 Wadi Mayh is recognised as a unique Omani geological site, due to its lime stone cliffs and interesting rock formations. The wadi features numerous date palm plantations and irrigation channels as well as water pools where visitors can take a dip and cool off.

Wadi Mayh is a long valley that lies between Yiti and Sifah, along the highway to Quriyat. In the western part of the valley,  an enormous mountain range that appears to have been naturally engraved with many layers created during different geological periods. Now, it looks like a massive display of rock art. This picturesque landscape is dotted with small streams and pools of fresh water, which are an intense turquoise blue in colour. Two villages are conveniently situated on the edge of the wadi in the middle of the valley.
Read MoreRead Less

Return to Muscat using the high-speed ferry or by air and relax on the way. Once you arrive, take the opportunity to visit Old Muscat, the area of Muttrah, where you can walk the picturesque corniche and purchase souvenirs from the traditional souq. 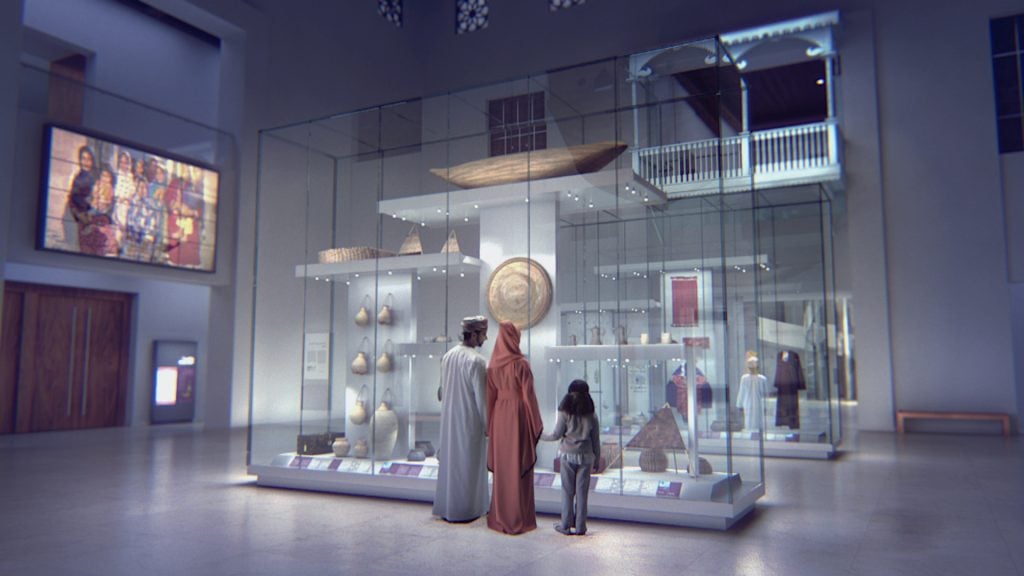 Rich in history and heritage

Opened in 2016, the National Museum of Oman is located opposite the Sultan’s Palace in Old Muscat and showcases the Sultanate’s rich history and heritage, from its earliest settlement through to present day. 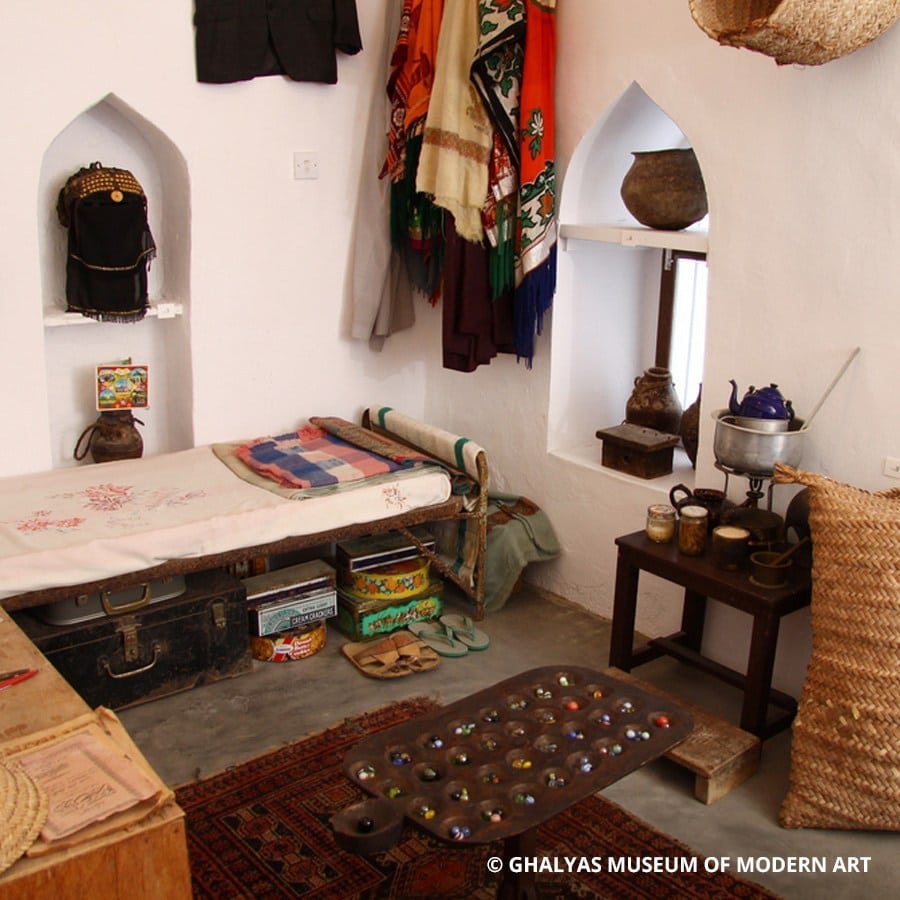 Place and People Museum is located along Muttrah’s beautiful waterfront – or corniche – and divided into three different exhibits: an old Omani house showcasing living in the Sultanate in the 1950s to 1970s, a museum highlighting Omani clothing and a modern art gallery.

Place and People Museum is an exclusive addition to the Omani cultural scene, opened in January '2011 Located near the Muttrah Fort, the museum is a dream project of Her Highness Sayyida Dr Ghalya bint Fahr bin Taimour Al Said. The Old house is a group of typical Omani houses from the period of 1950 to 1975 that tell the story of the Omanis and their deeply rooted heritage, customs and traditions. The Wedding, the Kitchen and Display Rooms, the Mother and Children’s Room, the Winter Room, the Majlis (Living Room), Musabbeh’s Room describe the earlier Omani lifestyle which still finds echoes in today’s traditions. The museum displays a subtlety combined with a sense of immediacy (to transport the visitor back in time) in showing Omani life at this period in the form of the historic contents of their homes, their art, artifacts and inventions.
Read MoreRead Less 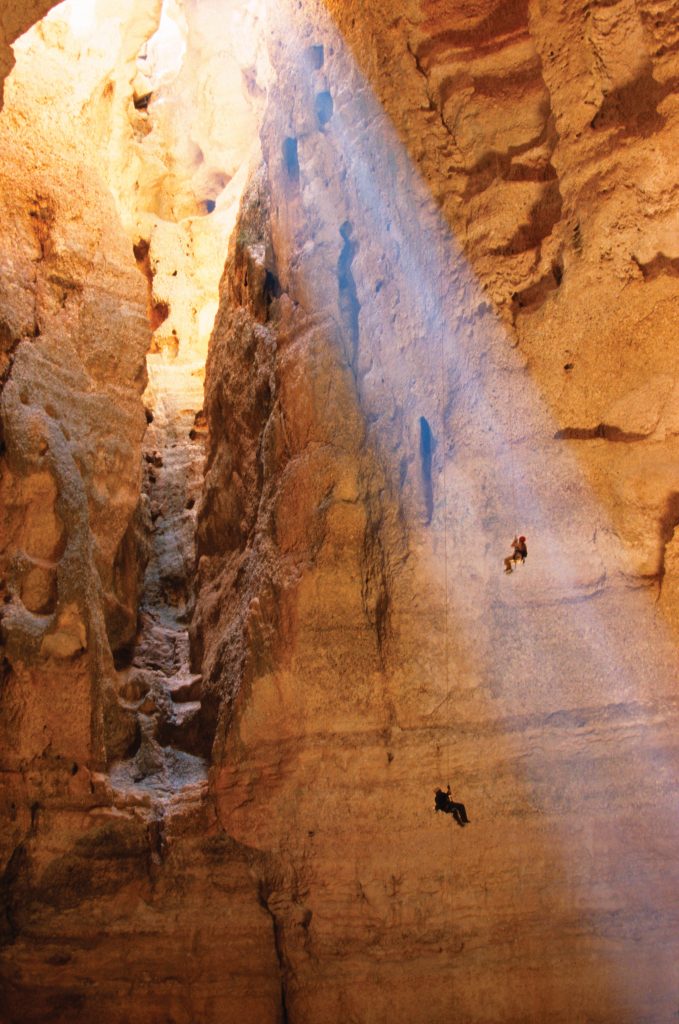 One of the largest underground caves in the world, Majlis Al Jinn is a natural wonder located on the Salmah Plateau. In 2007, Austrian sky diver Felix Baumgartner based jumped into the cave, a distance of about 120 metres. Exploring this cave requires a special permission from the Ministry of Tourism Oman.

Majlis al Jinn is one of the largest cave chamber in the world by surface area. The base of the cave is58,000 square meter. The only way to get in is through one of three tiny openings at the top, all of which have been formed over time as the accumulation of rainwater dissolved the limestone covering. This cave chamber, located 60 miles from Muscat, was discovered by Americans Don Davidson Jr. and his wife Cheryl Jones in 1983. They noticed the strange holes in the ground on aerial photographs, and eventually made the journey out via helicopter. When they looked down into the small openings, they saw the sandy floor below - over 500 feet down. Just days later, they rappelled down for the first time. In an attempt to find an appropriate name for the chamber, they asked the Omanis in the surrounding area if they had a local name for it, to which the response was no. They did, however, mention that they believed that the cave was filled with genies, which are prevalent in Omani mythology. In Arabic, the word for “genie” is “al-Jinn”, so hence, the American explorers named the cave is “Majlis al Jinn. “Majlis” means “meeting place,” making the cave name, “the meeting place of the genies.”
Read MoreRead Less 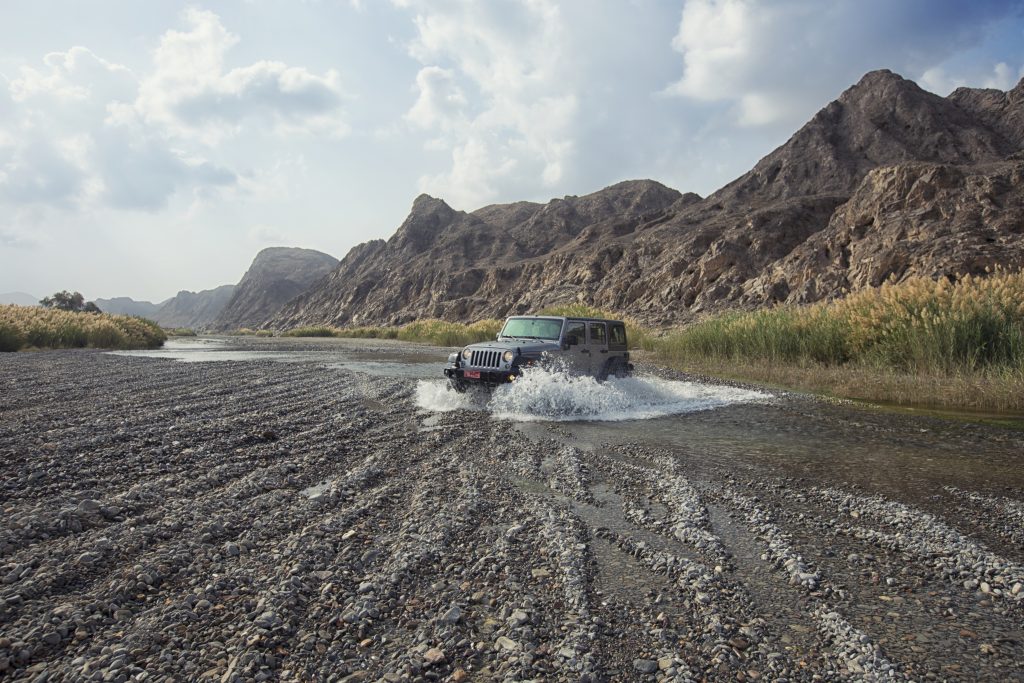 Located close to the old village of Al Khoud, Wadi Al Khoud is great for off-roading, with its stony bed and small water pools. It leads to the village of Fanja.

“Wadi Al Khoudh” is located  in Wilayat Al Seeb, and is considered one of the largest wadi basins in the Sultanate. Pools are formed in the wadi following heavy rain. It is well worth a visit, to enjoy the green salience, the beautiful rock formations surrounding and its clear water pools and springs of water of the valley
Read MoreRead Less

A high-speed ferry travels from Muscat to Oman’s most northern region – Musandam. Take this opportunity to sit back and relax. Alterntivaly, flights are available. 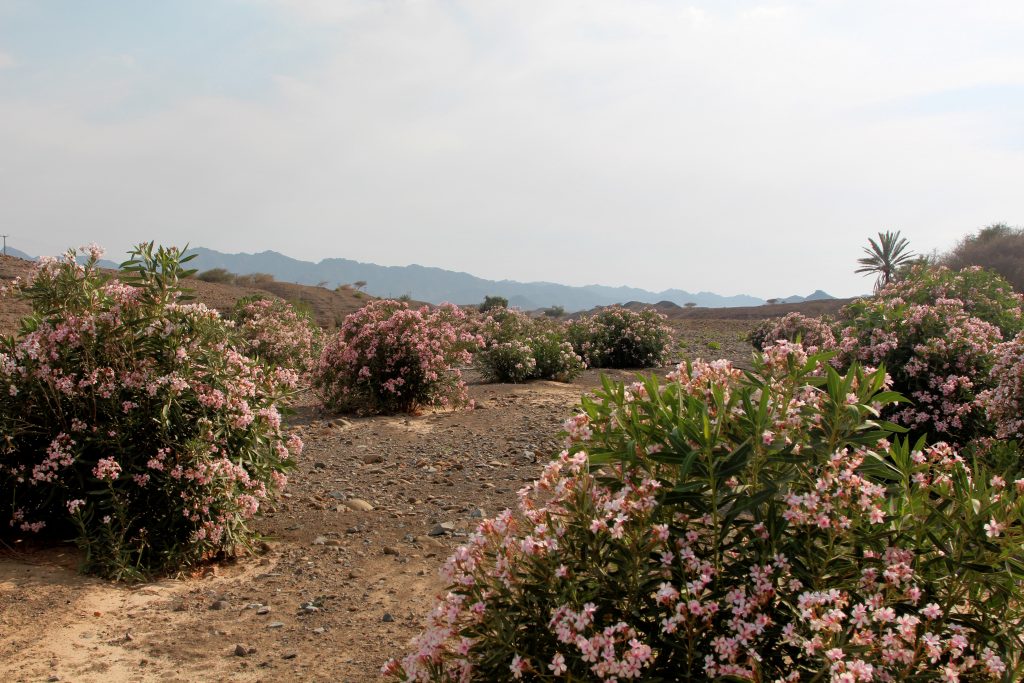 Wadi Al Jizzi connects Al Batinah Coast to Al Buraimi, it is one of the oldest passages that crosses the Northern Oman Mountains. It was well known as a mining center for copper production in Oman. Today, it is famous for its rock formations from which copper is extracted. Pillow lavas (volcanic) are less than 35 km southwest of the main intersection with Sohar-Al Buraimi Road, and it overlooks the old road east of AS SUHAYLAH village. About 95 million years ago, this magma cooled at the bottom of the ocean and allowed people to enjoy the amazing formations and turn back millions of years.
Read MoreRead Less 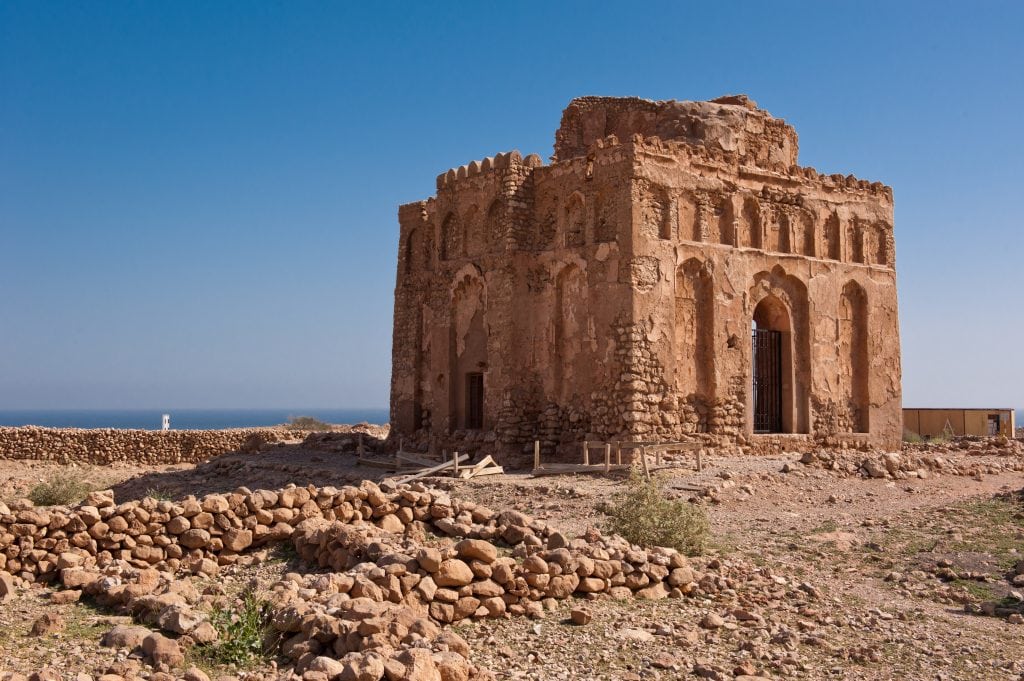 Once the first capital of Oman, Qalhat’s history traces back to the Bronze Age. The Portuguese occupied the city until being expelled in the late 16th century. Since then, the settlement has slowly fallen to ruin, with only the tomb of Bibi Maryam remaining as testament to Qalhat’s former importance.

Qalhat was once a shining jewel along the Omani coastline. The Indian Ocean trade route brought many people through the ancient city, which Italian explorer Marco Polo described as having “fine bazaars and one of the most beautiful mosques.” Today, a single mausoleum is all that bears witness to the city’s former glory. Some say the lonely tomb was built by Baha al-Din Ayaz, king of the Hormuz Empire, for his wife, Bibi Maryam. But others maintain that it was indeed her who built it for him.
Read MoreRead Less 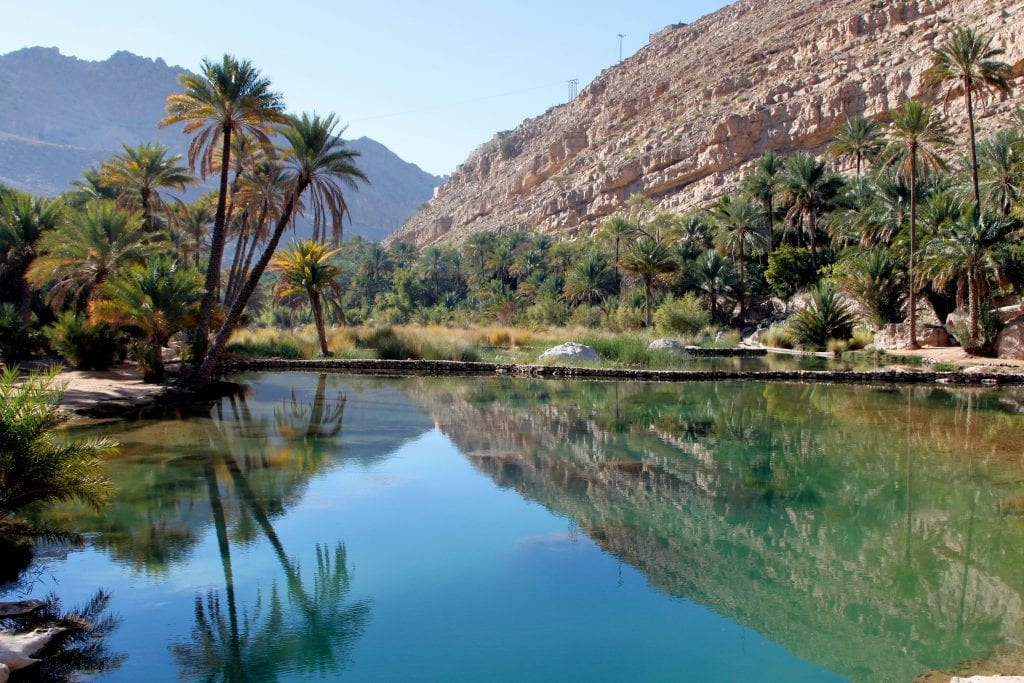 One of the Sultanate’s best-known wadis

One of the Sultanate’s best known wadis, Wadi Bani Khalid is a geographical wonderland of pools, caves and mountains. Unlike other wadis, it enjoys a constant flow of water all year round - perfect for visiting any season. 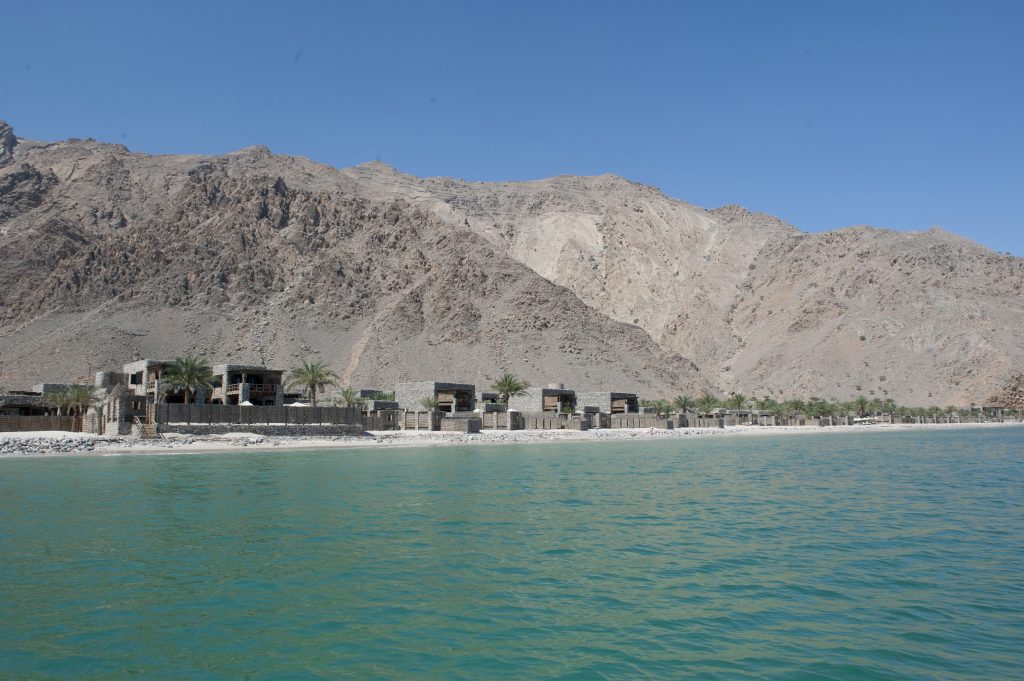 The small town of Dibba is home to some of the nicest hotels and beaches in Musandam, providing a relaxing getaway from the city.