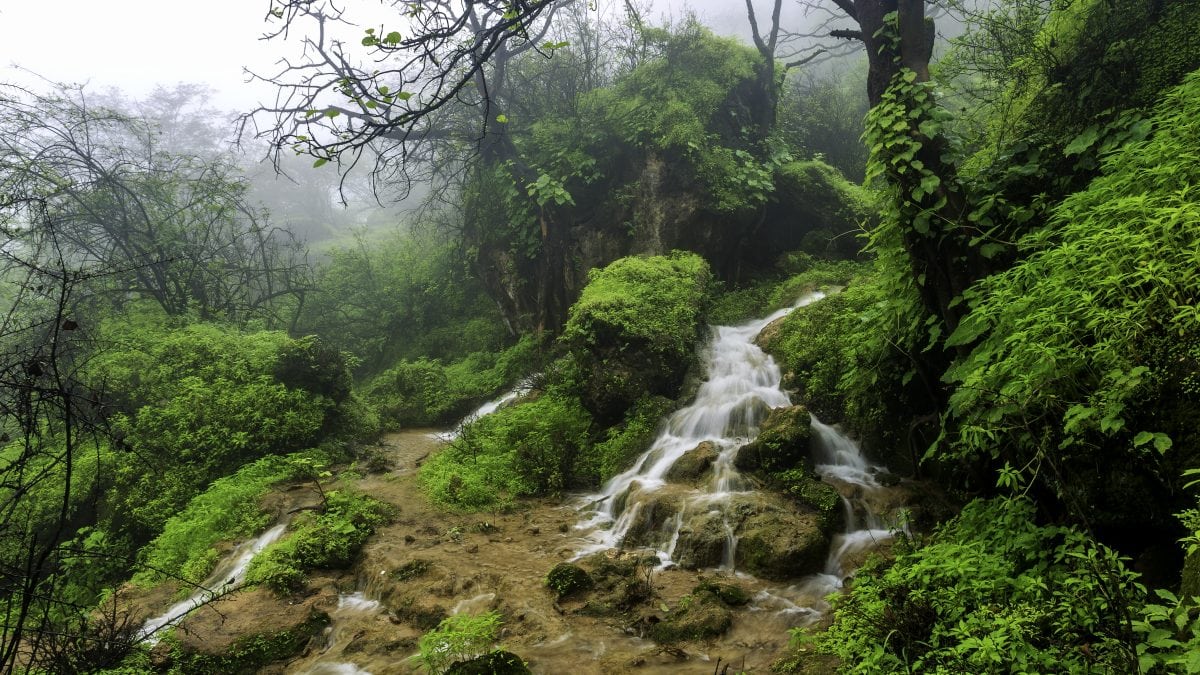 Mountains of Salalah during Khareef (Monsoon)

Mountainous Dhofar is the largest of Oman’s Governorates with a modern capital city combining traditional Omani heritage and an international lifestyle. Once the land of many ancient tribes, it is now home to many expatriates and a diverse Arab tribal community.

Once the land of many ancient tribes, it is now home to many expatriates and a diverse Arab tribal community. Despite the region’s development, industrial growth and rich cultural mix, Dhofar is most noted for its acclaimed natural beauty.

An exporter of myrrh in its infancy, the coastal town of Taqah now flourishes through fishing and agriculture. Along with two forts and the Shaikh Al-Afeef mosque, its well-preserved Taqah Castle contains an intriguing ethnographic museum. Another small coastal town of interest is the populated residential area of Al-Saadah. With roads easily linking to nearby towns, driving its coast is a fantastic experience through alluring panoramic landscapes and black rock mountains painted by beach sands.

The governing seat of Dhofar, Salalah is the second largest city in the Sultanate and the birthplace of its current sultan, Qaboos bin Said. Once the capital of Dhofar, Salalah was absorbed by the 19th century Sultanate of Muscat, then the capital of the Sultanate of Muscat and Oman before the capital was relocated to Muscat. Don’t miss looking over the vast array of perfumes, frankincense and myrrh at the acclaimed Al Husn Souq, an old traditional market differing from most in its open, shop-lined street configuration.

Situated on the site of an Iron Age settlement and founded as a center for frankincense trade in the 11th century, Al-Baleed’s UNESCO World Heritage ruins compose a huge archaeological complex along the Dhofar coast, near Salalah. To learn more about its unique history, don’t miss its Land of Frankincense Museum! Nearby, another ancient site is the mountain tomb of the biblical figure, Job. Featuring a preserved footprint of the prophet, the entire area developed into a complex for Muslim pilgrimage.

Desert Routes to The Ancient City of Shisr

The isolated village of Shisr is located at the convergence of a vast network of trails leading to a site many had speculated to be the ancient city of Ubar. The story of a lost city becoming explorers’ fascination throughout the 1900s, Nicholas Clapp finally claimed it to be the Quranic site of Ubar after many others’ unsuccessful attempts to even locate it. Although sparse in ruins, Shisr’s many farms and friendly camels make it exotic enough to enjoy while even getting there is quite an accomplishment!

Historically the world’s chief source of frankincense, Dhofar brought wealth to the kingdoms of Arabia. One of the great centers of resin production was the ancient port of Sumhuran, dating to the 3rd century BC. With striking surrounding scenery, its spectacular ruins are one of the most important pre-Islamic period places in the region. Salalah’s Land of Frankincense UNESCO World Heritage Site also includes Khor Rori, frankincense trees and remnants of a caravan oasis, reminders of the city’s great importance along the Incense Road. Be sure to peruse its two wonderful incense and resin markets when you come to relax on its beach or visit the immense Sultan Qaboos mosque. 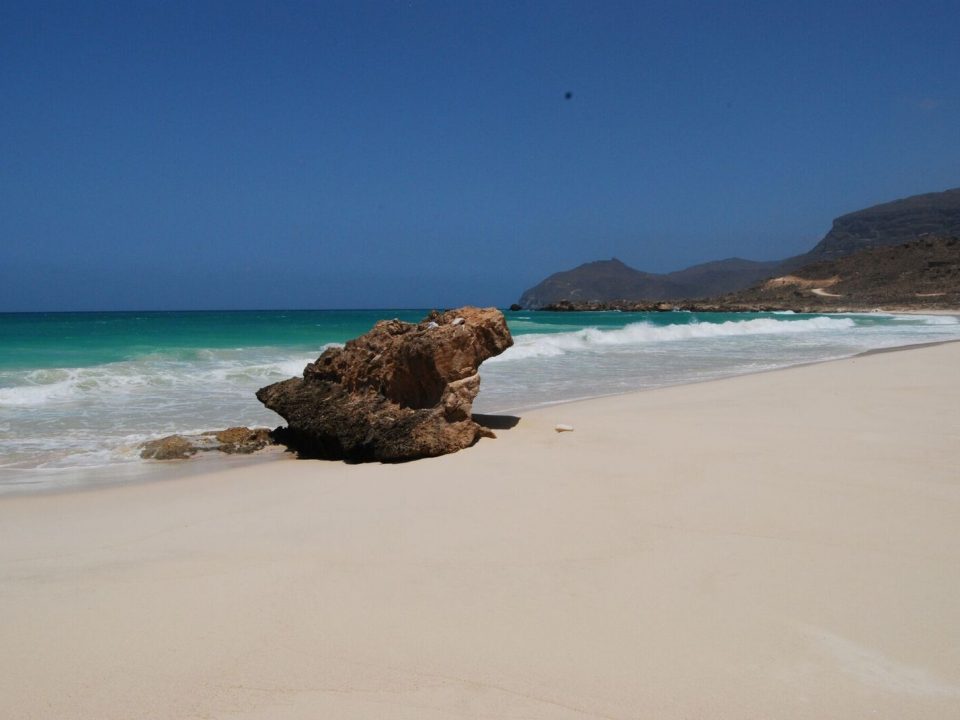 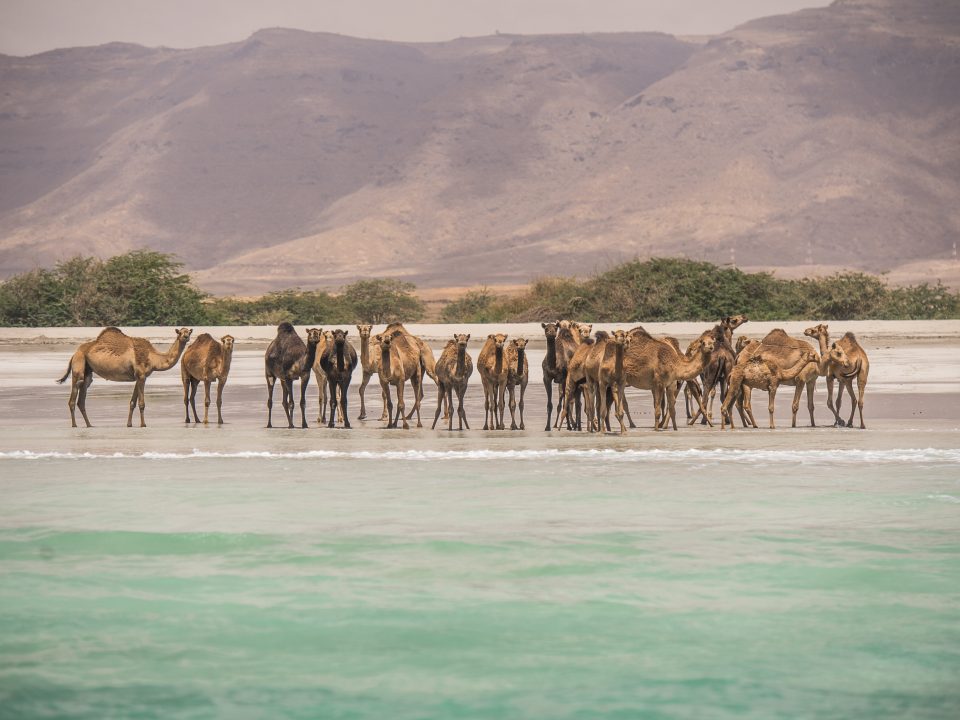 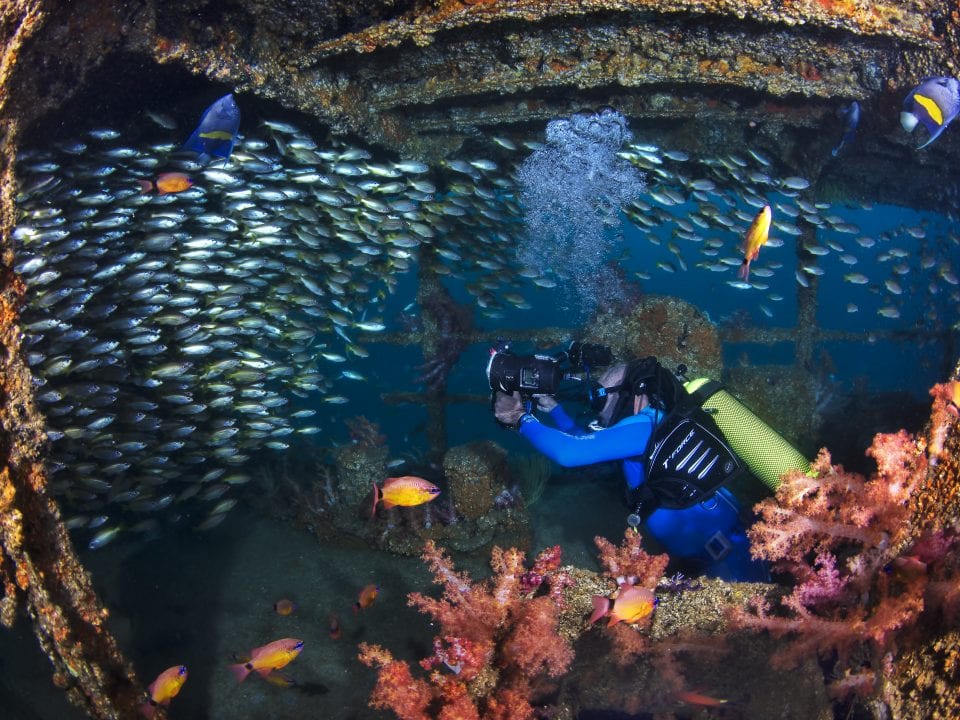 Scuba diver off the Coast of he Daymaniyat Islands